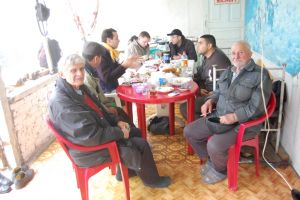 Associated persons Michael Jungmeier, Günter Loiskandl
Clients KfW - German Developement Bank
Regions Azerbaijan
Year 2008
In the three countries’ region of Azerbaijan, Georgia and Dagestan (Russia), the first biosphere reserve of the Caucasus could very soon be established. The core area of the future biosphere reserve could be made up by the Zakatala-Zapovednik, a wilderness area already established in 1928. This region is known for the existence of large predators such as bears, lynx and wolves. The project’s feasibility is currently being surveyed in a preliminary study and a detailed implementation plan is being developed. The preliminary study contains a tour of the region as well as a detailed consideration of social, economic and ecological parameters.
Back
This website uses cookies - more information about cookies and your rights as a user can be found here. Click "I accept" to accept all cookies and directly use our website. Settings