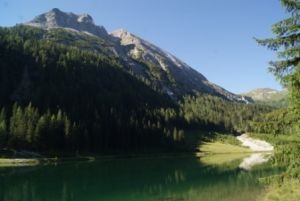 Associated persons Michael Jungmeier, Michael Huber
Clients ÖAW
Year 2013
Biosphere Reserves should constantly monitor their activities and successes. Thus, the MaB-programme of UNESCO developed an initiative called BRIM (Biosphere Reserve Integrated Monitoring) to monitor the development of biosphere reserves on the long run. From 2011 until 2012 E.C.O. developed a model how to accomplish this complex task and started a pilot project in Nockberge Biosphere Reserve. In a subsequent project commissioned by the Austrian Academy of Sciences, E.C.O. evaluates the results of the test run and extends and adapts the model to the needs of the Lungau part of Austria’s latest officially recognized Biosphere Reserve Salzburger Lungau & Kärntner Nockberge. The main goal is to design a common model for both parts of the biosphere reserve, which is still compatible with their individual needs
Back
This website uses cookies - more information about cookies and your rights as a user can be found here. Click "I accept" to accept all cookies and directly use our website. Settings