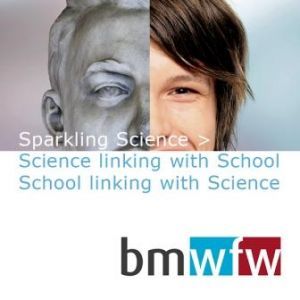 Associated persons Christina Pichler-Koban, Anneliese Fuchs
Regions Austria
Year 2017
In October 2017 we took the first steps in the research project “Game of Clones – Students model the dispersal and fighting of the knotweed”, a funding project of the research program Sparkling Science of the Federal Ministry of Science, Research and Economy. The so-called Game of Clones should approach the serious topic of the rapid and aggressive clonal dispersal of the Japanese knotweed &#40;Fallopia japonica&#41; in a playful manner. Scientists from different departments and young explorers from a local school &#40;BORG Spittal&#41; will conduct research and experiments to investigate the behavior of the plant. We will use methods such as the genetic sequencing of marker genes to differentiate between the Fallopia hybrids &#40;DNA-Barcoding&#41; or so-called rhizoboxes to study the growth of the rhizomes. With the results gathered through these efforts, we hope to model the spreading behavior of the plant under different circumstances and create a strategy game called “Game of Clones”. By means of this simulation, we will be able to test the effectiveness of different control measures based on many different variables. ‘Game of Clones’ is a collaboration of E.C.O. Institut für Ökologie, Networked and Embedded Systems at Alpen-Adria-Universität Klagenfurt, HBLFA Raumberg Gumpenstein and Landesmuseum Kärnten.
Back
This website uses cookies - more information about cookies and your rights as a user can be found here. Click "I accept" to accept all cookies and directly use our website. Settings