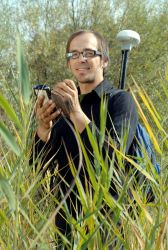 New concept development of the biotope cadastre of Carinthia

Associated persons Michael Jungmeier, Christian Keusch, Hanns Kirchmeir, Stefan Lieb
Clients Office of the Carinthian Provincial Government, subdivision for nature conservation
Regions Austria
Year 2007
The biotope cadastre is an essential element for a foresighted spatial development and sector planning. The recording of the biotopes in Carinthia was started 15 years ago and could not yet be concluded. In the meantime, the demands on recording and, above all, the technical possibilities have developed fundamentally. Against this background a redesign of the cadastre is necessary. After evaluating the results and methods up to now, the user demands are redefined. For this, other biotope cartography in Austria and Germany are first comparatively analysed and also the use of data so far from the Carinthian biotope cartography is examined. In interviews and a process of discussion with experts from other provinces and government departments, the new user demands are defined. Based on this, the technical design of the biotope cartography is to be redesigned. In doing so, special attention is paid to the use of new, digital cartography procedures.
Back
This website uses cookies - more information about cookies and your rights as a user can be found here. Click "I accept" to accept all cookies and directly use our website. Settings