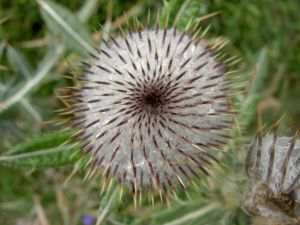 Many pastures of the main ridge of the Carnic Alps have been divided by the border between Austria and Italy for nearly one century now; many of these pastures are cultivated and farmed beyond the border. Cross-border pasture development plans are devised within the framework of an Interreg project. Starting from the detailed recording of the area (current vegetation, current use, potential use, spreading of heathland, canopy, etc.), measures are developed together with the managing farmers and implemented in the test areas of Feistritzer Alm, Göriacher Alm, Uggowitzer Alm and Achomitzer Alm. In addition to solving actual problems, the project also serves as an example for the implementation of the “Mountain Farming Protocol” of the Alpine Convention.