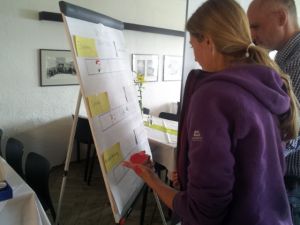 Associated persons Daniel Zollner, Anna Kovarovics
Clients Karwendel Nature Reserve
Regions Austria
Year 2014
In October 2014, E.C.O. Institute for Ecology was commissioned to evaluate the “Karwendel programme” of the Natural Reserve Karwendel and to prepare a basis for its reorientation. In the first phase the already existing documents were reviewed and prepared as a working paper. Subsequently, a new implementation concept was coordinated with the management of the Natural Reserve. Thereafter E.C.O. carried out ten guided interviews with local stakeholders, which were analyzed anonymously. The guiding questions for the interviews focused on the program of the last years and on its implementation in the Nature Reserve until today. In a second step, a workshop was held for all staff members of the Nature Reserve, where the results of the interviews and the prepared basis for the reorientation of the park were presented and new ideas of the participants were included.
Back
This website uses cookies - more information about cookies and your rights as a user can be found here. Click "I accept" to accept all cookies and directly use our website. Settings