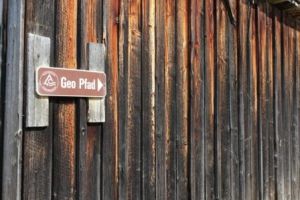 Associated persons Anna Kovarovics, Michael Fercher
Clients Municipality Landl Areal and infrastructural development KG
Regions Austria
Year 2016
The Styrian Eisenwurzen Nature park and Geopark presents the geological and natural particularities of the region, tailored to target groups and in a very descriptive manner. The village of Gams bei Hieflau in the geopark offers many very unusual geological hotspots in a small area and was therefore titled GeoDorf GAMS (Geovillage). In the course of a LEADER-project E.C.O. is assigned to adapt and expand the existing infrastructure primarily focusing on organizational development. Additionally, different functions are centered and a suitable location for a new information center has to be found. Finally, a visitor guidance system in and around the Geovillage has to be conceptualized.
Back
This website uses cookies - more information about cookies and your rights as a user can be found here. Click "I accept" to accept all cookies and directly use our website. Settings